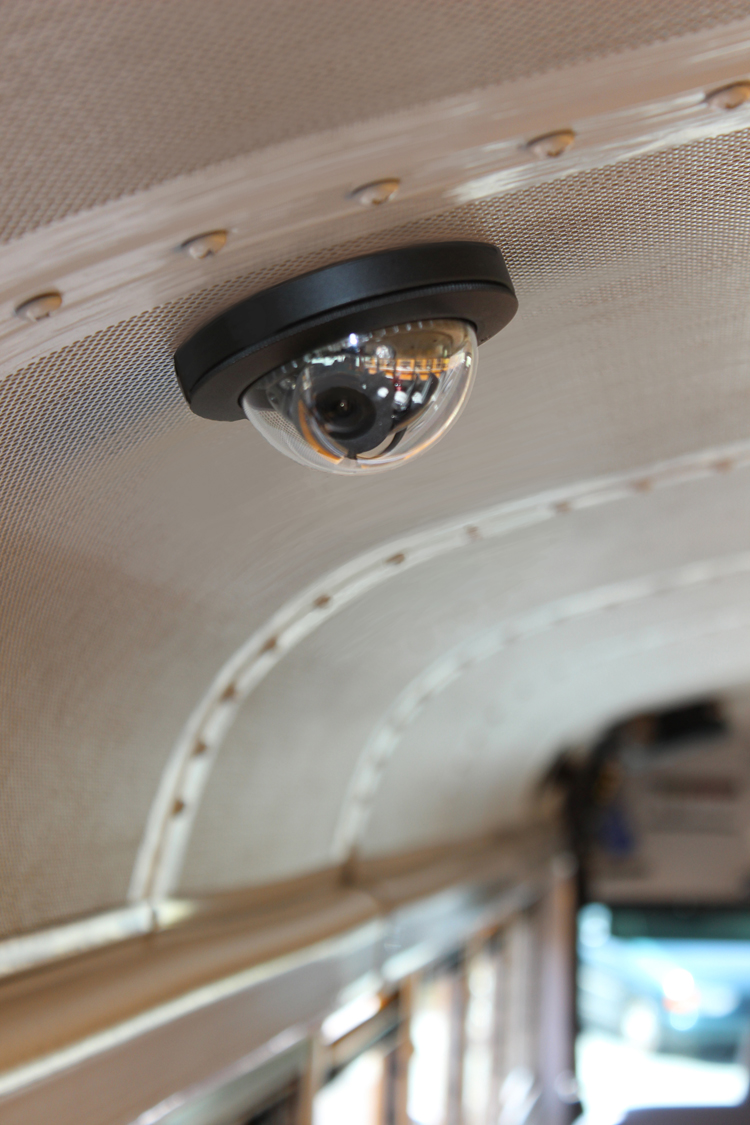 The FS-5 can be flush mounted so that only the 1/2” (13mm) ring and polycarbonate dome are visible. 3/4” (19mm) of the camera will be hidden behind the surface it is mounted to.
The FS-5 camera is a small, attractive, vandal resistant micro dome with IR LED’s and audio. It is specifically designed for applications where aesthetics are a key requirement.

The FS-5 camera utilizes a Sony Super HAD 600 TVL color, day/night CCD with 10 integrated IR LEDs. The camera’s housing is metal and built to survive in rugged and vandal susceptible environments.

Vibration tested to Mil Spec 810F, the FS-5 camera is an excellent choice for both mobile and fixed environments.

Generating a standard composite NTSC video signal, the FS-5 camera is plug and play compatible with Gatekeeper’s camera cabling system and older Gatekeeper DVR’s.  The camera is available with 15’, 30’ or 60’ camera cables. The FS-5 has been built to operate in extreme environments that have significant shock and vibration and can operate in a temperature range of -22°F to +131°F, (-30°C to +55°C).

The FS-5 camera can be either flush mounted or surface mounted. This is very useful where aesthetics are a key requirement. If there is insufficient space behind the mounting location to recess the camera 3 mounting adapter rings are available: 0 degrees, 15 degrees and 25 degrees.

The FS-5 camera includes an integrated microphone allowing high quality audio to be captured at each camera.

The integrated IR utilizes 10 infrared LED’s to provide IR illumination at night. A sensor in the camera detects the ambient light and automatically turns on/off the IR LED’s as needed.

The housing inherently implements a 3D gimbal design found in more expensive cameras. This allows the base to be mounted in almost any orientation while allowing the camera to be adjusted so that the image is correctly oriented.

An all metal housing which has a Polycarbonate lens creates a vandal proof package that is resistant to physical damage.

Not only is the camera constructed of metal, but there is a set screw which, when tightened, prevents the camera aim from being tampered with. This is important for installation where the camera can be accessed, either due to low ceilings or accessible camera placement.

The ball that houses the camera electronics has no vents thus allowing the camera to have a rating of IP67.